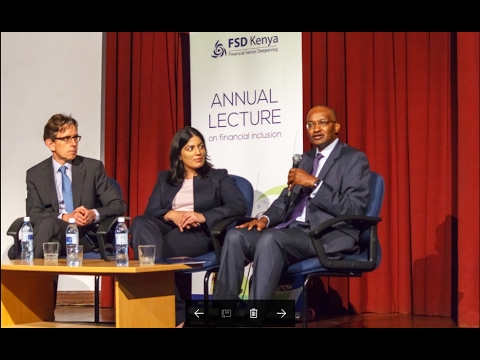 John Kay is a renowned British economist, and until recently, a columnist with London’s Financial Times (FT). He received the Senior Wincott Award for Financial Journalism in 2011 for his FT columns, and has won other accolades including Commander of the Order of the British Empire in the Queen’s New Year Honours List of 2014. His latest book, Other People’s Money, received positive critical acclaim. It was book of the year for The Economist, Financial Times, and Bloomberg and was shortlisted for the Orwell Prize for Political Writing.

FSD Kenya is proud to present John Kay as the guest speaker for the 3rd FSD Kenya annual lecture on financial inclusion.

Watch the video above for more about the annual lectures and register your attendance today to book your seat.