How to develop a green project pipeline in Africa

The impacts of climate change continue to compromise the livelihoods of hundreds of millions of Africans.

This is especially true of those that are dependent on sectors directly impacted by rapidly changing environments, such as agriculture. The impact could lower gross domestic product (GDP) by up to 3 per cent by 2050.

And while there is a growing recognition of the need to mitigate and adapt to climate change, Africa is not securing the scale of financing required. The Africa Development Bank estimates that the continent will require an average of $1.4 trillion between 2020-30 to implement Africa’s climate action commitments and Nationally Determined Contributions (NDCs). Yet climate finance committed and mobilised for Africa falls short of the continent’s requirements, creating an estimated annual climate financing gap of $99.9–127.2 billion between 2020–30. Why is this financing gap so large and persistent? And what can be done to address it?

A key bottleneck is the misalignment between the style of the supply of climate finance and the reality of how economies run on the continent. African economies are dominated by SMEs, which make up more than 90 per cent of businesses and the informal economy, which accounts for 80.8 per cent of jobs in Africa.

Yet the supply side of climate finance is very formal and structured and thus understandably has a difficult time interfacing with this informality. For the supply side, informality means investment is originated and implemented in an environment dominated by small ticket sizes, data holes, information asymmetry, lack of standardisation, limited line of sight to impact, and concerns about verification and compliance. Frankly, for climate financiers, failing to ‘manage and price’ informality heightens risk and exposure to greenwashing, undermines commitments to demonstrated climate action, and can lead to very real consequences from increasingly hawkish financial regulators. 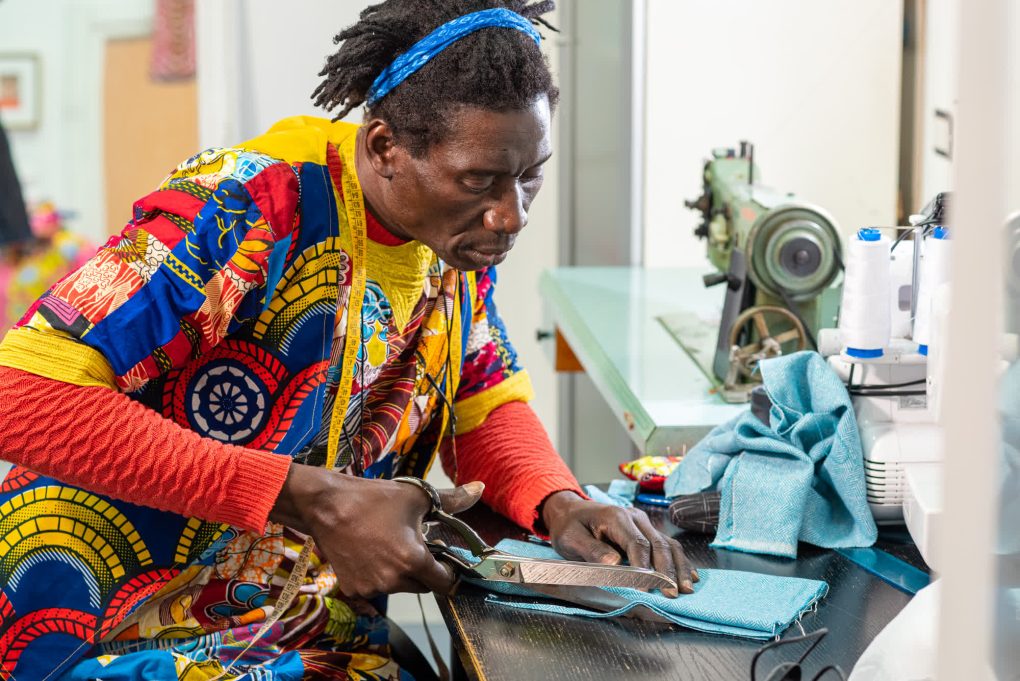 At the same time, informality in Africa is not disappearing any time soon. Informality, particularly in the form of micro and small enterprise activity, is often the only way individuals and households can earn a living and consistently meet their needs and goals. This study by FSD Kenya also shows how informality deliver values by allowing firms to reduce fixed costs, secure sources of credit, and deliver competitively priced products to price-sensitive consumers. Further, while governments may want firms to formalise and be more reachable, there is no incentive to do so given low levels of trust.

So given informality will persist, climate finance providers need to adopt a more flexible approach or risk becoming participants of a longstanding impasse on the financial landscape in Africa, where there is a view that there are very few bankable projects and it takes an inordinate amount of time, effort and money to get projects ready.

The effects of this impasse are already becoming apparent; the World Bank estimates Africa has less than 1 per cent of global green bond issuances and pays more than twice than similarly rated peers to access markets. This is a shame because the UN Economic Commission for Africa estimates that investment in Africa’s green sectors brings a return as high as 420 per cent in value addition and as high as 250 per cent in job creation.

The good news is that this impasse also presents an opportunity to improve the financial architecture in Africa and increase deal flow. At the moment, climate financiers (public, private, multilaterals etc.), tend to be siloed in how they originate, prepare and fund deals. Yet, no individual climate financier can tackle the macro challenges of informality.

The gamechanger is a shift in mindset from financing individuals deals to financing the financial architecture that supports the aggregation of deal flow.

Doing so would jointly create a ‘public good’ of increased climate finance investments in Africa of benefit to all. Here is how a Shared Partnership with Africa on climate investment could work across the project pipeline:

The Shared Partnership on Climate Investment in Africa

The core tenets that would make this partnership work are:

• The coming together of like-minded climate financiers in a spirit of enlightened self-interest across project and investment cycles
• A decision to shift the intellectual approach on climate investments in Africa from one focused mainly on securing deals to one that integrates contributing to a public good.

Institutions with incentives to deepen climate finance reach in Africa would need to commit to the development of this type of financial architecture. That would be the alignment of mandates, compensation, performance indicators, bonuses, and business models to integrate this spirit of enlightened self-interest in how they operate.

This is no small ask but is doable and can be a lever that unlocks the climate investment opportunity at scale and allows climate financiers to meet their ambitions in Africa. This intellectual approach will also more meaningfully engage a continent whose private sector has demonstrated the ability to become global leaders in innovation while securing market share on a continent with the youngest consumers in the world.

This article was first published in the African Climate Conversation, an initiative of British International Investment, launched in October 2022 to create a home for Africa’s leading thinkers on the climate emergency.

An opportunity for county governments to attract climate finance