The rise of a new dawn in Kenya’s payments system

Eleven years after mobile money started in Kenya, a new dawn is rising – that of open and interoperable systems. Just as you can call people on any network in Kenya seamlessly, you can now send money across mobile money networks seamlessly. Sounds easy right? No. It took the nudge of the communications and financial sector regulators to make this happen.

On 10th April 2018 mobile money operators (Safaricom, Airtel and Telkom Kenya) established a way in which their subscribers can send money across networks. Previously this was possible using SMS vouchers that expired within 7 days and had to be cashed out at the sender’s agent network. If the receiver then needed the money in their mobile wallet, they would have to find their network agent and load (cash-in) the money. The process was not only inconvenient to the receiver but it in most cases it was also expensive for the sender as they were charged more to send money to anyone outside of their network.

The new process allows the sender to send money directly from their wallet to the receiver’s wallet in real-time thus cutting out intermediary steps. The mobile money operators have also waived any surcharge on these types of transactions during the initial pilot trial period. This means that a sender will be charged the same amount of money to send money within their network and outside of their network. What the operators have done behind the scenes is to sign a single multi-lateral agreement that sets out the rules of operation however, technically, the integration between operators is taking place bi-laterally. To achieve this, each operator pre-funds their account that is held by the other operator.  Currently M-Pesa and Airtel Money are live with the mobile wallet interoperability with Telkom’s T-Kash expected to join in the next few months. The steps to perform a transaction are listed at the end of this blog.

On a global scale, mobile money interoperability is still in its infancy and has only taken place in a handful of markets. One of the most successful cases of mobile money interoperability is in Tanzania which was launched in 2014 and now accounts for about 30% of the person-to-person transactions. The Kenya model is very similar to the Tanzania model using a multi-lateral agreement for the rules and connecting bi-laterally on the technical level. Despite this great stride, a lot is still left to be desired in terms of efficiency. The current situation requires the pre-funding of accounts to ensure liquidity of the operators. Having a central switch through which these transactions can be routed would enable a much more efficient way to clear and settle transactions based on a net-settlement mechanism. This in turn would enable the operators to free up funds that otherwise are tied up in pre-funded accounts.

While mobile money interoperability is a great achievement, additional gains to be achieved from this can only be fully realised once mobile money is interoperable at the mobile agent level. This will allow for any user from any mobile money network to have access to all the mobile agents in the country for cash-in and cash-out transactions. Currently, mobile money agents must sign a contract with each operator that they serve as well as maintain separate electronic float accounts. Agent interoperability would benefit agents by enabling them to maintain a single float when serving customers of different networks. In the future this could possibly be expanded to include bank agents as well. 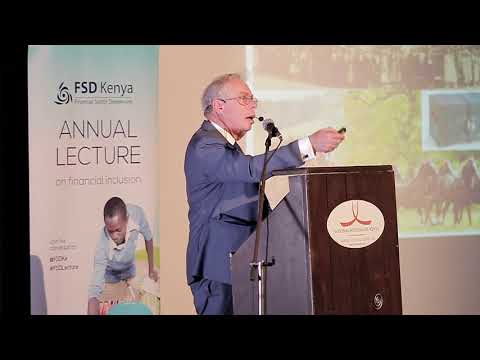