A call for customer communication to catch up with technology

In September and October of 2015, our team went back to check in on the 298 households that had participated in the Kenya Financial Diaries, which ended two years previous. We were eager to learn how many of our respondents—few of which had been able to borrow formally in the past—were now making use of new products savings and loan products. When we left them in 2013, only 9% households were using M-Shwari, most of them (84%) in urban areas.

Kenya has again been making waves the waters of financial inclusion over its rapid expansion of mobile-based nano-lending In 2013, Commercial Bank of Africa launched M-Shwari, a branchless saving and lending product, where users could deposit savings, apply and receive loans, and make payments, all via M-PESA. In March 2015, Kenya Commercial Bank (KCB) followed suit with a competing product, this time offering even larger loans to qualified borrowers who were scored by the lenders based on mobile phone and money usage data from the dominant local network operator, Safaricom. M-Shwari now reports 7.1 million active customers, and KCB M-PESA, 2.7 million.

Usage of mobile-based borrowing amongst financial diaries respondents has certainly expanded. Among the 281 households we were able to conduct full follow-up interviews with, 32% were using at least one of these new products. In total, our 281 households now include:

While this is certainly impressive growth, I was frustrated to find that many others had tried to access M-Shwari and been denied. They see their friends and neighbors access loans and wonder why they don’t qualify.

“They say, you can save and get a loan instantly. Why not me?”

Paul, a farmer in Rift Valley, has been doing well since we left him. He invested heavily in his maize farm last year, ploughing with a tractor and applying fertilizer. He also opened a butchery along the main road to supplement his remittance income from his children. When he got a message from CBA saying that he could use M-Shwari to access loans, he thought it was a scam. He called his daughter who allayed his fears. Text messages, he says, are no good for “old people” like himself. They can’t understand them.

Once his daughter explained M-Shwari to him, he thought he would borrow to buy a bull for his butchery. But he was denied. He has applied on a number of occasions since then and has never been successful. He wishes someone would explain to him why he has never got even a single shilling: “What criteria do they use? Does it mean if they don’t know you they can’t give you a loan?” Paul is puzzled. “I’ve been hearing the radio adverts, and they say, ‘you can save and get a loan instantly.’ Why not me?” These days, when Paul hears his friends in the market talking about how easy it is to get a loan from M-Shwari, it only deepens his frustration. Hearing Paul’s story made me want to dig deeper into the specifics of how both M-shwari and KCB M-PESA determine who is to get loan and how much.

There is widespread confusion about the basis on which credit limits are decided by both lending systems. Many of our respondents believe that saving some money in their M-shwari account makes them eligible. This is not necessarily true. According to a briefing done by MicroSave, “an algorithm based on previous behavior is used to determine the eligible amount.” What goes into that algorithm and how would a person like Paul every find out?

Let’s take a closer look at KCB M-PESA. To apply for this one, users dial a USSD short code that prompts them for a PIN. Why can’t they first explain to the customers about the terms and conditions? What about the rights of the consumer to know what they are getting into? Surely the cost of such services must be kept low—that’s the great advantage of these new offerings. But, couldn’t they offer every new customer a toll-free call in number that provides pre-recorded terms and conditions so that even the semi-literate and the “old” like Paul could understand?

M-Shwari and KCB M-PESA are entering a market where credit is precious, yet they don’t seem to put great consideration into how to reach last mile customers, whose use of these products could be transformative and plug shortfalls of cash. While credit access is more available than ever, many remain excluded and, what’s worse, they don’t understand why .

My plea is for these great advances in credit technology to be met with equally great advances in customer communications. All potential users should have access to clear information so they can make the best possible choices in this ever-evolving financial marketplace.

More on the 2015 Kenya Financial Diaries Update will be coming soon. 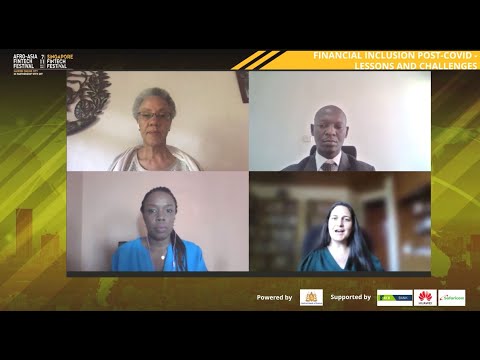 Debts in distress: how ordinary people are finding the liquidity they need to survive COVID