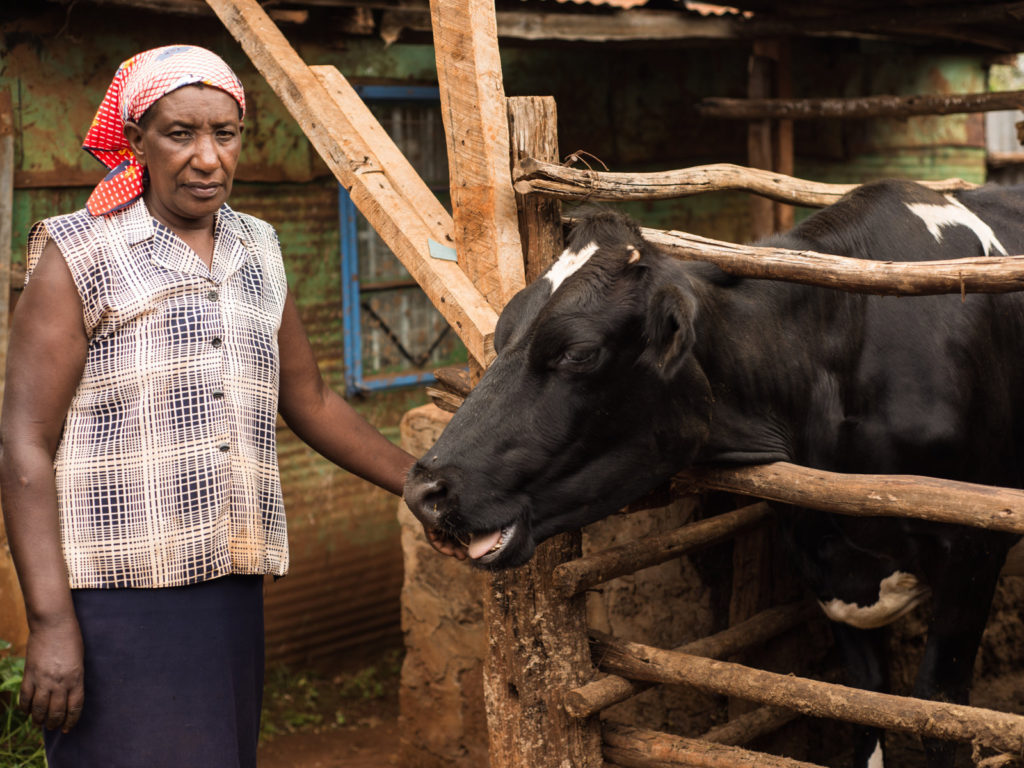 A study of the graduation project in Marsabit County

The impact of the recent six-month drought is readily apparent. The earth is dry and cracked and most of the trees and shrubs are barren. Riverbeds are full of dried branches and the livestock that roam the area are but skeletons, with many dead along the road. It is estimated that 40% of livestock have died in recent months. I am here to study the FSD Kenya/CARE Kenya graduation project for my PhD. This graduation project follows a similar model to the successful BRAC graduation approach. However, in this case FSD Kenya and CARE are testing modifications in delivery to increase cost effectiveness and scalability.

Studies of graduation projects have shown their ability to deliver impact. However, questions still remain about the mechanisms that underlie the positive impacts.  The aim of my study is to better understand these mechanisms by studying behaviour change of project participants, as well as the drivers and inhibitors of change. I am examining how participants’ definitions of business and perceptions of themselves change over time, what causes the changes, and how these impact behaviour. I am also looking at how external expectations impact behaviour, such as those of community and family.

I began my study in 2016, selecting 50 project participants across 10 savings groups in three locations. In the year since the study began, I have seen  dramatic changes in some participants. One of my favourite stories is of an older woman named Nosorai, whom I met just after she joined one of the  CARE savings groups. She was unsure of purpose of the group and struggled to make monthly contributions. When I met her again six months later she  could not wait to show me the little purse hanging around her neck. With a wide grin on her face she pulled out a small stack of shillings and explained  that she was now running a small tobacco business from her hut. When she uses money from her purse she works to replenish it as soon as possible.

Nosorai’s journey into business started with receiving government consumption support, which many project participants refer to as the ‘CARE money’.   Nosorai explained to me the importance of this initial component. “I was doing nothing, I used to go around and borrow milk and food, so I was just  helped by people in our community because they believed in spirit of helping one another. When I started getting the CARE money, I thanked God for being part of the beneficiaries, so I used the money to buy goats so that I can have my own animals and stop borrowing milk from other people. I also used the money to buy basic needs like clothes, shoes and food for my family and now my health is good.”

Like many of the participants I spoke with, Norosari used to just spend all the money she received, leaving nothing for emergencies or to build upon.  Norosari’s savings group taught her about savings and loaning, as well as how to run a business. The group meetings are attended by the project Community Based Facilitators (CBFs) who provide training and guidance. Many participants refer to them as their teachers and mentors, as well as enforcers who ensure group rules are maintained. They play a vital role in providing knowledge and building trust among group members. Norosari now defines herself as a business person and has a future vision for her business and hopes to take a formal loan to expand her business.

During this recent trip, I found participants responding to the drought in different ways. Some have found ways to maintain their business while others have had to stop business for now, returning to other activities such as collecting firewood or caring for surviving livestock in the hope of rebuilding their business in the future.

My initial interpretation was that some people are finding ways to progress, while others have regressed. However, it may be that those who have stopped business for now are coping in new or better ways than before, and they may even be able to recover faster than in previous years. While I don’t have the answer to these questions yet, I intend to explore them further in my analysis and ongoing data collection.  My hope is that by examining the differences between participants and behavioural pathways in more detail, I can provide practical insights that can be used to further modify the graduation approach to enable longer term resilience for a greater number of people living in these highly variable environments.