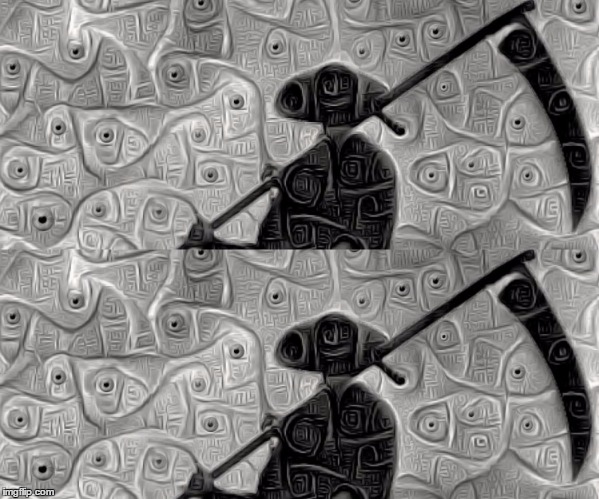 “There is one thing stronger than all the armies in the world. An idea whose time has come.” –Anonymous-

Uber is currently valued at US$50 billion. Netflix (NASDAQ:NFLX) is worth US$42 billion. AirBnB is worth US$25 billion making it the third-highest valued startup in the world. Closer home, US$4.2 billion (42% of Kenya GDP) was transacted on M-pesa in Safaricom’s 2014/2015 financial year. And there have been many others globally with the same range of market capitalization (or less).

The birth of these innovations reshaped entire industries. And largely due to their ability to use technology to either reduce or entirely eliminate initial barriers to entry, coupled with introducing efficiencies in areas where their incumbents were complacent, as well as challenging their incumbents’ underestimation of the threat that they posed.

Thanks to the Uber app, the need for prime taxi ranks or to “be an insider” in order to break into the industry has become less significant. Previously, without the “right links”, it was next to impossible to make it as a new entrant in the taxi business due to the antiquated barriers to entry. For customers, Uber is not only cheaper (most times) than using mainstream taxis to get to your destination; the app has also eliminated the need to manually hail a cab. Thus, Uber drivers no longer have to fight over customers. Uber cars are also newer, better maintained, some have wifi, and also offer complementary drinks on a hot sunny day. These are some of the appeals that have endeared Uber to its drivers and riders, making them ditch mainstream providers.

As expected, regular street cabs that missed the boat are not happy with this state of affairs. And lately, there has been a string of attacks on Uber drivers by mainstream taxi drivers who gave the government 7 days to throw Uber out of the country.

Instead of fighting innovations, below are some ways through which stakeholders can embrace them:

Mainstream taxi operators’ allegation that it’s unfair for Uber to charge riders less money than what they are charging is laughable. Uber drivers are happy with the reduced fees, so it probably makes business sense. It is not Uber’s fault that they are popular due to the increased efficiencies and reduced costs. What’s stopping them from joining Uber and benefiting from the increased economies of scale? But for those who choose not to shape up, suggestion 2 below comes handy.

Keep attacking Uber drivers, throw Uber out of Kenya and I can guarantee you people will use other means to find the Uber drivers they already forged relationships with. I doubt anyone will knowingly risk their life in the hands of a random taxi driver who killed a fellow driver the other day.

What is surprising about the intimidation of Uber drivers is that it doesn’t arise from a diminished market. It comes from acting as if Uber riders are the only taxi users in Kenya. In a market with only about 15% smartphone penetration (you need a smartphone and internet connection to use Uber!), this couldn’t be farther from the truth. What about the remaining 85%? The appeal of Uber to both its drivers and riders provides emphatic proof that something was, and probably still is, broken in the Kenyan taxi space and it needs to be fixed. Technology is just one of the avenues. Regular cabbie operators, who for one reason or another choose not to join Uber, Easy Taxi, etc, should think all around the box and find innovative ways to remain in business. I believe that it’s still entirely possible for mainstream taxi drivers to make a living off of the remaining 85% who don’t have smartphones as yet! With simple fixes such as reasonable taxi fares and improved customer service, it can be done.

Several years ago, when it became obvious to traditional financial institutions that Safaricom’s M-PESA was an unstoppable wave, they accused her (or is it it) of offering financial services without appropriate licenses. A couple days ago, the Kenya Film Classification Board alleged that Netflix did not seek license from the board before starting to stream movies in Kenya. The other day, some Telcos in Kenya accused over-the-top (OTT) content providers such as Whatsapp, Facebook Messanger and Viber, of operating in Kenya without local licenses giving them unfair advantage.

That these disruptive innovative business models keep springing up over and over is clear evidence that this may just be the beginning. It’s about time to channel energy and resources in legislation and regulation of these disruptive tech-enabled businesses in terms of licencing, revenue reporting, tax payments, etc.

Taking a walk through the graveyard of failures, one can’t help but notice institutions, products and/or services whose administrators “thought themselves indispensable. Only to be exterminated into obscurity, and their position taken by other and better providers.” What Charles de Gaulle thought true back then, is still true today.

It is futile for a service provider to perambulate down the conduits of business thinking that the world can’t get along without them; only to end up in an unfortunate situation that could have been avoided had they known better. Unfortunately, the examples above demonstrate that this has been the norm rather than the exception. Incumbents have often been caught off guard. As a result, they end up wasting resources and energies on uncivilized fights yet had they kept abreast with the trends, they would have been better positioned to embrace the change.

I see a business opportunity for a course on how to spot an idea whose time has come and when is the right time to move in, or out.  But meanwhile, as some entrepreneur is still developing this guide, Clayton Christensen, of Harvard Business School, in his book “The Innovator’s Dilemma” has some pointers worth exploring.

While exclusivity and tight barriers to entry in various industries maintained by complacent incumbents has been the order of the day; the writing is on the wall. It’s the dawn of a new era. You snooze, you lose! This applies at all levels – micro, meso, and macro.

Do you have some views on this Uber vs. Taxi fiasco? Join the conversation in the comments below or on twitter @FSDke, @LoisEvaAdongo