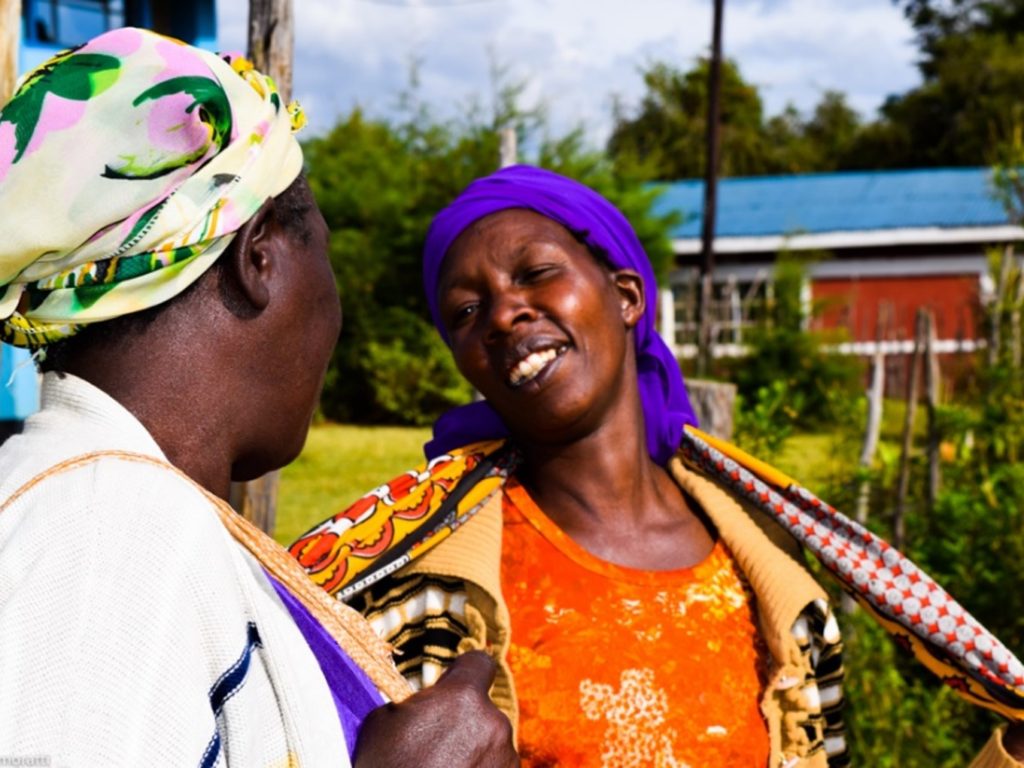 Natasha is a young woman who has a cake baking business on the outskirts of Nairobi. She has a bank account for her business which she uses intensively. Natasha’s business was doing well and she needed a loan to expand. She approached her bank manager, only to be advised that she should not consider getting a loan from the bank because the interest rates would be too high. ‘It was a bit disappointing,’ she said, ‘Because, I thought, we bank with you guys…probably you would give us a good rate or something, considering you can see how our account has been growing…’ Instead she turned to her parents who gave her a loan, interest free.

Natasha is not alone in relying on friends and family to meet her financial needs. A recent survey on financial inclusion provides interesting insights on formal and informal finance in Kenya (see headline report here). FinAccess 2019 found that social finance (informal groups, borrowing and lending across social networks, shopkeeper finance, and so forth) is crucial for managing shocks, bridging liquidity gaps and achieving goals. The same survey finds that social finance is especially important for women, who continue to rely on informal channels to manage their lives and livelihoods. Since 2007, the formal/informal divide has been broken down through Kenya’s much famed digital revolution which has brought formally excluded populations, including women, into the formal fold. (Gürbüz & Jack 2013). However, the story is not as simple as it seems. For both men and women, digital channels have provided an on-ramp for the uptake of formal financial services. But they have equally strengthened informal finance, especially for women: Mobile money enables women to cultivate social networks through borrowing and lending, not just in their immediate vicinity, but also over longer distances; while digital credit provides an additional source of liquidity that enhances women’s ability to cultivate borrowing and lending relationships (Kusimba 2018, Mintz Roth 2018, Mintz Roth & Heyer 2016). Kenya’s digital revolution has not so much formalised financial markets, as enriched them through giving people a wider range of formal and informal options (Yenkey et al. 2013). This continues to reinforce a long-term gendered divide whereby women have tended to rely more on informal economic strategies and men have tended to rely more on the formal.

What is behind the persistence of Kenya’s gendered formal/informal divide? Is it that the formal sector is biased against women, making it harder for them to open accounts? Is it that women (while able to take charge of household economies) are less ‘literate’ than men when it comes to uptake of formal financial services? Is it that formal finance is simply not offering value in terms of the lives and livelihoods of women, who, instead, cultivate informal solutions to meet their needs?

Ultimately, the gendered contours of Kenya’s formal/informal divide are not just rooted in the financial economy; rather, they extend deeply into the real economy. From a young age, men and women are steered along different paths. According to FinAccess 2019, fewer girls finish secondary school than boys, making them less able to enter formal employment. From their twenties, young women are already taking on family responsibilities, limiting their ability to earn income without networks of support. Women in their twenties are more likely to go into flexible informal occupations such as farming or micro business, while young men are more likely to build incomes through casual labouring opportunities (for example, construction) and employment which, while more lucrative, offer less flexibility in terms of time and place. Thus, while young men have the assets and the freedom to pursue independent pathways towards financial security, young women are more likely to cultivate interdependent routes through relationships of support. In the words of FSD’s CEO, Tamara Cook, at the FinEquity workshop in Singapore this week, ‘How can finance be part of the solution that changes the trajectory of these lines for women?’

Julie Zollmann, the lead researcher on FSD’s Kenya Financial Diaries, talks about the need for low-income householders to be ‘really creative’ in stretching their budget in times of need, and growing their incomes to escape from poverty. For women, who have less access to alternatives, social networks can be a creative tool to accomplish these ends. Turning to a friend or family member can tide you through a crisis; or provide the capital to start a business. FSD Kenya interviewed men and women in Nairobi and Kitui to get their views on the value proposition of different formal and informal offers (here):

These views are corroborated in the work of Silvia Storchi, a researcher on finance and wellbeing. Storchi discusses the merits of banks in helping people to save and plan, and even in terms of the status of having a bank account; at the same time, she points out that banks do not enable people to cultivate relationships and develop social networks which are so fundamental to the ethos of mutual development and mutual support through which local economies are built.

Clearly, informal financial arrangements continue to deliver value, despite the proliferation of formal alternatives. As the data reveals, this is especially important for women who have fewer choices and assets than men, and for whom networks of support are essential in empowering them to ‘stretch and grow’ as they attempt to build livelihoods while taking on family responsibilities. Unlike formal offers where the terms are one sided and non-negotiable, women are able to actively shape informal financial solutions which meet their needs. Informal solutions also give women the flexibility to manage their multiple responsibilities in a context of unpredictable income flows. The informal relationships which women cultivate through financial transactions are rich in information as well as trust, two qualities that lie at the heart of financial services more broadly.  And these relationships embrace much more than just finance; they also offer emotional and non-financial support.

Economic data shows that Kenya has achieved a 10% reduction in poverty in the period between 2005/6 and 2015/16, mainly through diversification of rural livelihoods. This rests substantially on the agency of women, who have supplemented farming incomes through small businesses. In addition, women are increasingly taking on investments in children’s education- paying school fees, for example, is a major reason women give for joining informal groups. Ultimately, however, while Kenya relies on the agency of women to rear and educate its future generations, these investments come at a cost. If the formal system could do more to offer young women the support they need to meet family responsibilities, while improving their access to education, services and assets, women’s creativity could be mobilised not just to keep households afloat, but also to build Kenya’s ‘missing middle’ through small and medium enterprises, and jobs for educated female graduates in Kenya’s growth sectors (e.g. ICT).

In short, the gendered financial landscape mirrors a wider bifurcation in Kenya’s economy where formal and informal avenues continue to co-exist, but in a context of increasing inequality. Growth sectors offer formal opportunities for (mainly male) skilled labour, leaving the majority of the working population, especially women, to fend for themselves through informal alternatives. At the same time, Kenya’s rich formal and informal financial landscape opens up many possibilities for hybrid solutions, potentially supporting a more inclusive form of growth which capitalises on the creativity and adaptability of the informal, while leveraging the power of the formal to create linkages between and within value chains and sectors. In sum, bridging the gender divide means much more than giving a better deal to women; it could provide the gateway to a more inclusive 21st century economy for Kenya as a whole.

While informal mechanisms are often critiqued as being costly, insecure and exclusionary, formal solutions are increasingly subject to the same concerns. Further research is needed to better understand the value proposition of formal and informal alternatives, and this could support innovation that capitalises on the merits of both. 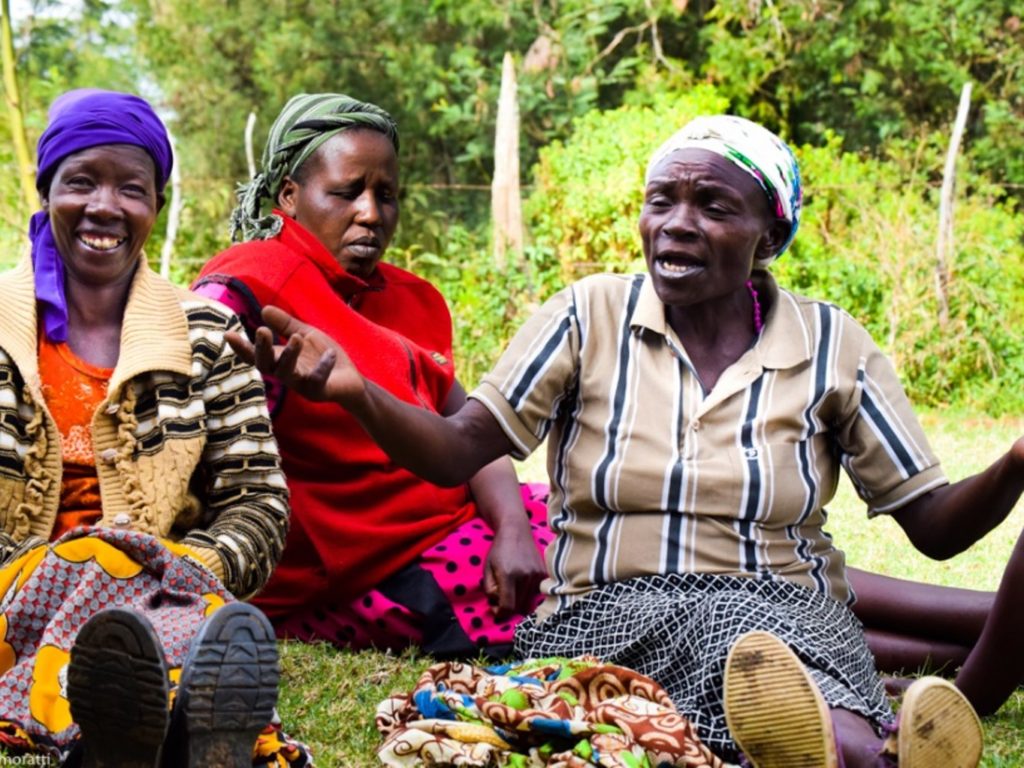 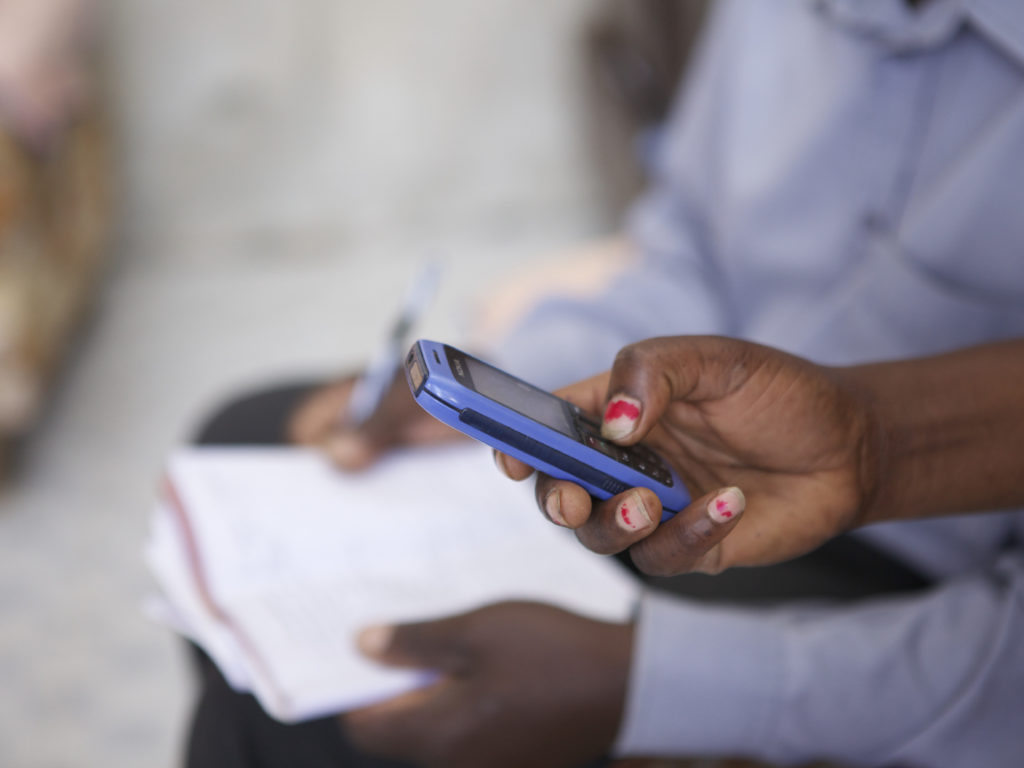 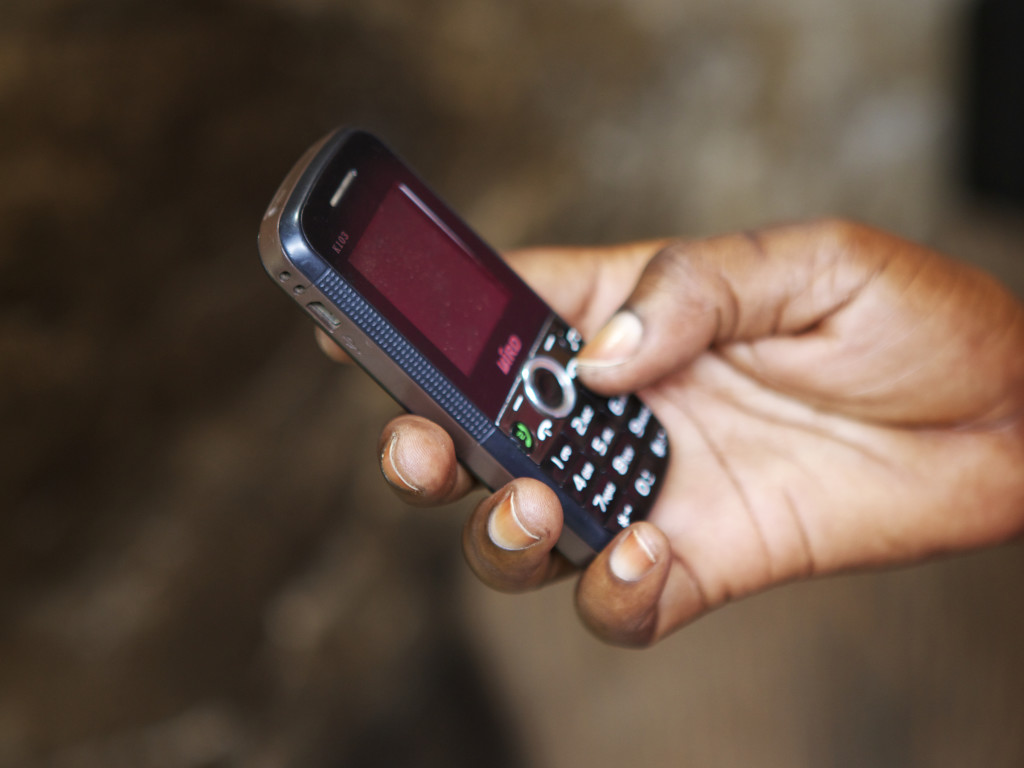 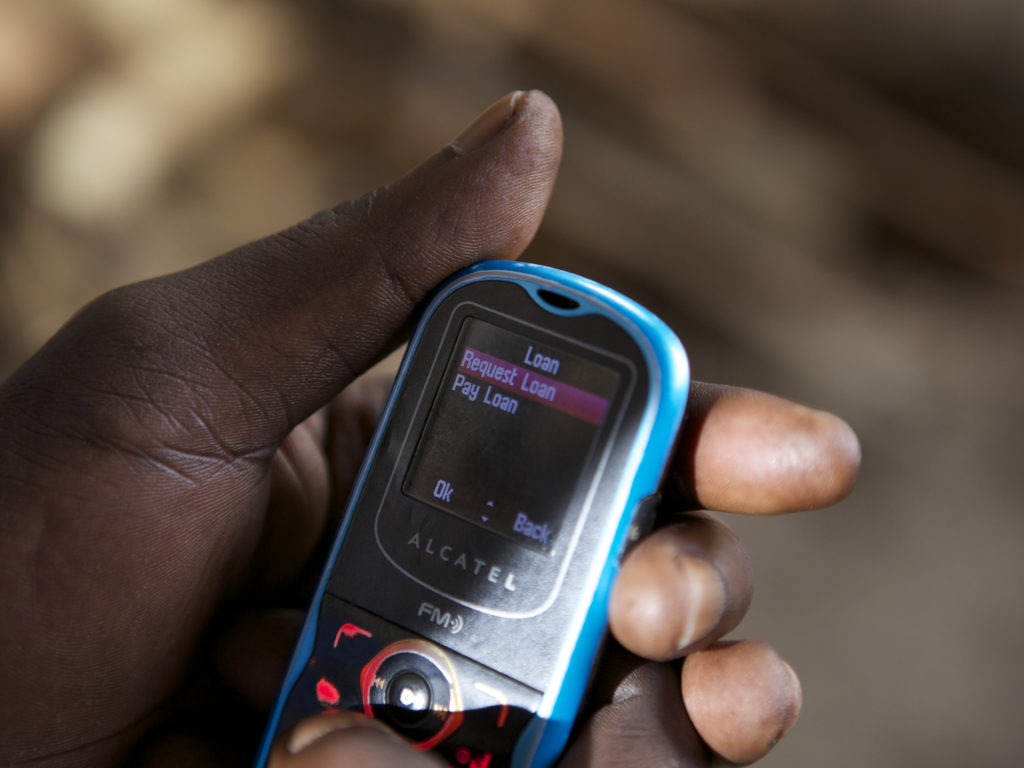 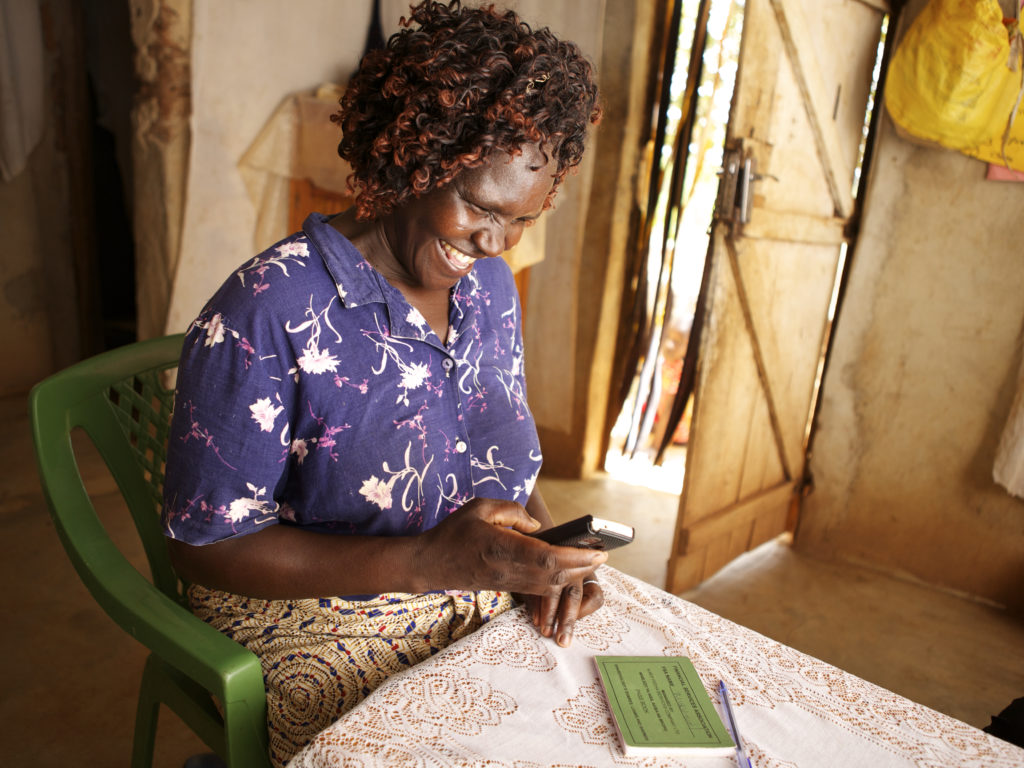